Ms. Holden is a Top 100 National Trial Lawyer and has received the highest "Superb" Rating on Avvo. Ms. Holden has practiced for more than 20 years in the areas of criminal defense, civil litigation and professional licensing (administrative) law. After graduating from Western State College of Law cum laude in 1996 and with undergraduate majors in political science and criminal justice, she became an associate at the firm of La Barbera & Myers from 1994-2004, where she primarily acted as the firm's case manager and research attorney. Since 2005, she has continued to practice with Vincent J. LaBarbera, Jr. She has authored hundreds of criminal and civil law and motion briefs and appeals. She was part of the legal team that successfully defended a member of the Orange County Board of Supervisors during the county's bankruptcy. She is authorized to practice in all California State Courts, as well as the Central District of the United States District Court and the United States Supreme Court. She has been an active participant in the community throughout her legal career, serving on the Board of Directors for the Orange County Barristers, the Newport Beach Jr. Chamber of Commerce as well as the boards of other community organizations. Her memberships have included the California Public Defenders Association, the Orange County Bar Association, North Orange County Bar Association and the Orange County Barristers. She has given countless hours to pro bono projects such as the effort she recently led to relocate a planned installation of a cell tower away from a pristine parkland area and an elementary school in the City of Tustin. She spends much of her free time working with non profit/charitable organizations. 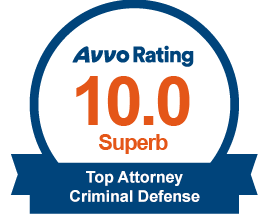